A place for some light-hearted chat.
Post Reply
Messages: 2404

Could lead to blacker-balls at a travel agent’s in Python land.

Edit for the hard of perceiving 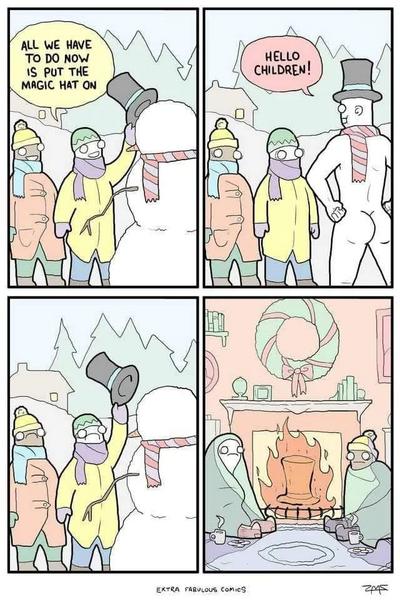 "I am a man of fixed and unbending principles, the first of which is to be flexible at all times." - Everett Dirksen
Top

Poo jokes are not my favourite type of joke but they're a solid number two.
Top

What’s moor, castanets are traditionally made of hard wood.
Top

Two things that have puzzled me recently.
1. Why do pringles tubes have a replaceable lid and
2. Why are the people of Dordogne so seemingly careless with their dogs?
Top

Why was the snowman looking through the carrots?
He was picking his nose.
Top

I said to my son: You're going to marry the girl I chose for you.

> I said to him: She’s Bill Gates’s daughter.

> I called Bill Gates and said, I want your daughter to marry my son.

> I said to Bill Gates: My son is the CEO of the World Bank.

> I called the president of the world bank and asked him that my son would become the CEO.

> He said: So, ok.
You learn from your mistakes but it's much quicker and cheaper to learn from the mistakes of other people !

Return to “The Café”